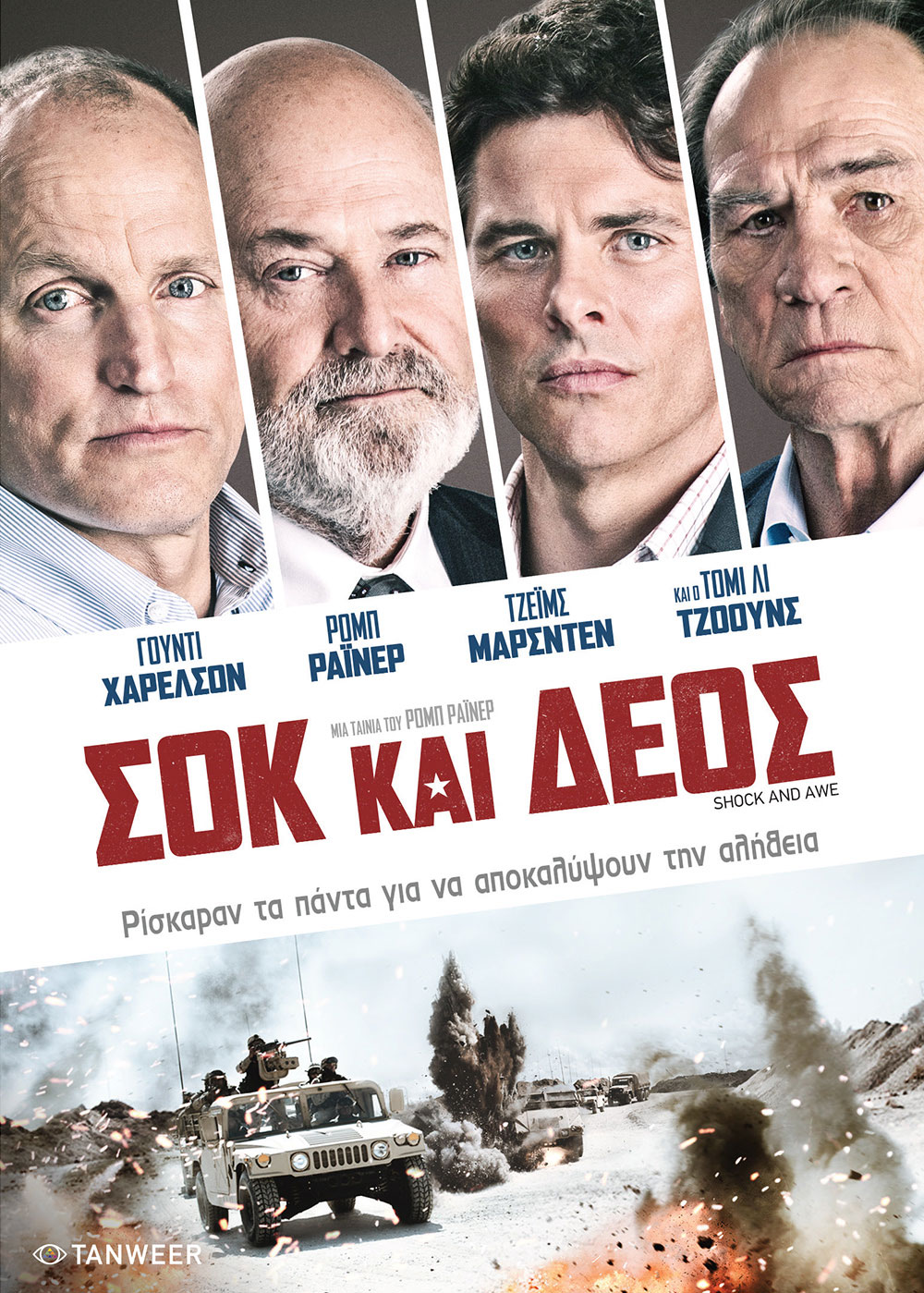 Based on a true story, SHOCK AND AWE follows two determined reporters, Jonathan Landay (Woody Harrelson) and Warren Stroebel (James Marsden), their boss, John Walcott (Rob Reiner), and war correspondent, Joe Galloway (Tommy Lee Jones), who lift the lid on abuse of power at its highest level and expose the truth about what led us into the longest and costliest war in American history. In the aftermath of the terrorist attacks of September 11, 2001, President George W. Bush builds a case to invade Iraq to remove Saddam Hussein from power. While the rest of the Washington reporters take the President’s words at face value, Landay and Stroebel dig deeper. However, the reporters soon learn that exposing the truth and finding people who will listen are two separate things, especially when the drumbeat of war drowns out any dissent.